Grace is a Secwépemc actress based on the traditional, ancestral and unceded territory of the Coast Salish peoples–Sḵwx̱wú7mesh (Squamish), Stó:lō and Səl̓ílwətaʔ/Selilwitulh (Tsleil-Waututh) and xʷməθkʷəy̓əm (Musqueam) Nations. She has embraced a responsibility to lift up her audience and her community. She co-starred with Leonardo DiCaprio and Tom Hardy in the Oscar-winning film The Revenant. You can currently watch Grace in the Netflix thriller How It Ends alongside Academy Award winning actor Forest Whitaker and Theo James. Recently she wrapped up her first leading role in the feature film adaptation of Eden Robinson’s novel Monkey Beach premiering in 2020.
When the red carpet is rolled up, and tucked away she facilitates her own youth-empowerment program “Thunderbird Dreams” in communities. 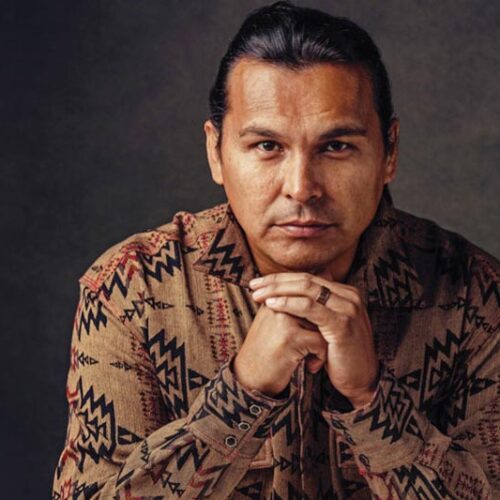 ADAM BEACH is the most acclaimed Native American actor of his generation, and a proud inductee, 2nd ever, Native American, into the Motion Picture Academy.  With over 60 film and TV  productions, he has worked with a bevy of the greatest filmmakers, from John Wu, to Clint Eastwood, to John Singleton, Scott Cooper and Jon Favreau, to name a just a few.

Adam starred opposite Alfre Woodard in the NETFLIX feature JUANITA and worked alongside Christian Bale, Rosamund Pike and Ben Foster in HOSTILES.  In David Ayer’s SUICIDE SQUAD he played Christopher Weiss aka: Slipknot.

He is well known for his award winning performance in Clint Eastwood’s FLAGS OF OUR FATHERS playing Ira Hayes, a Pima Native American who was one of the six US Marines to raise the American flag on Iwo Jima. His work in the epic HBO Miniseries BURY MY HEART AT WOUNDED KNEE earned him a Golden Globe nomination and

His film work spans his Sundance debut, SMOKE SIGNALS, to Jon Wu’s WINDTALKERS, to his starring roles in films from THE BIG EMPTY, to the Walt Disney production SQUANTO: A WARRIORS TALE.  He was featured in John Singleton’s FOUR BROTHERS and starred with Harrison Ford and Daniel Craig in the science fiction-western COWBOYS AND ALIENS

Tina Lameman is a First Nation Actor from the Beaver Lake Cree Nation.

She is extremely proud to be a part of the film called Monkey Beach in which she starred as Ma-Ma-Oo. Monkey Beach has an amazing cast of First Nations actors including Adam Beach, Grace Dove, Glen Gould and Nathanial Arcand.

Tina also starred in the film Circle of Steel alongside Chantelle Han and Duncan Ollerenshaw.  It did the Film Festival Circuit and won Audience Choice Award at the Calgary Film Festival 2018.

Tina attended Theatre Arts at Grant McEwan College in 1989.  She also attended Film Acting Classes in 1991 at Zocalo Theatre in Edmonton.  Her first role was in 1992 in the movie Road to Saddle River, a small part with no lines.  She helped write and co-starred in a play in the 1994 Edmonton Fringe Festival for Azimuth Theatre called Running Through The Devils Club that was very well received.  She has since moved on to bigger roles in many other productions.  Tina was cast as the Female Lead (Josie) in the TV Series Mixed Blessings for which she won an AMPIA award in 2008 for Best Actress.

Tina has worked in both film and on stage in her career and has a natural talent for Comedy which she believes she has inherited from her Cree family.  She is currently working on writing scripts and honing her skills in that area of the Entertainment Industry.

Tina believes in encouraging our First Nation youth to reach for their dreams and is very proud to be able to show them that we can achieve our goals no matter how impossible it may seem. Nathaniel Arcand one of Canada’s most talented and best known Indigenous Actors, currently well-known for his role as “Clinton Skye”
in FBI Americas Most Wanted (CBS). Nathaniel played Scott Cardinal on Canadas beloved show “Heartland” for eleven seasons. Nathaniel
has appeared in numerous major motion pictures; television shows on major networks as well as independent films.
Nathaniel is from the Alexander First Nation and is Plains Cree. He is an accomplished musician, martial artist and public speaker and carries a
unique bond with horses and nature.
Follow him on Twitter @ArcandNathaniel and on Instagram @nathanielarcand. 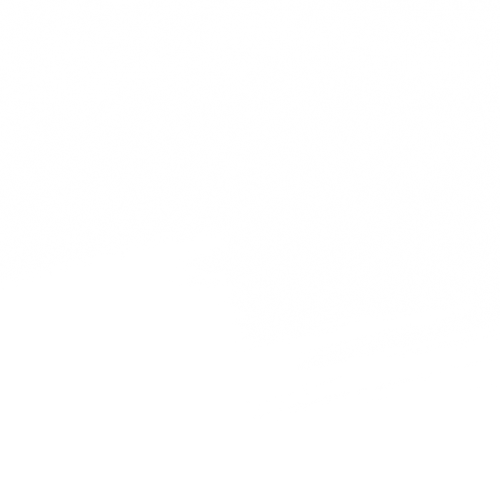 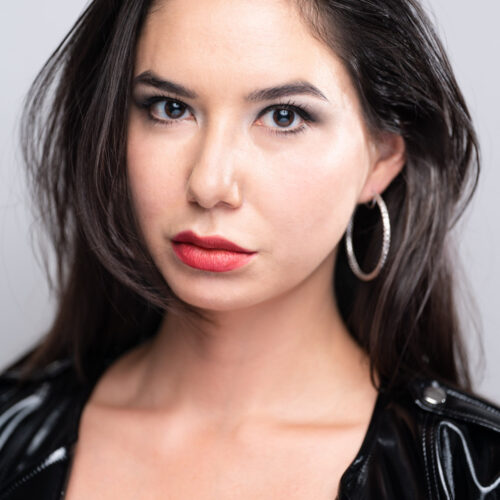 Sera-Lys McArthur is a screen and stage actor, producer and model with deep Native American roots. Sera-Lys is a proud member of the Nakota/Assiniboine Nation and was raised by her German-Canadian single mother in southern Saskatchewan. Despite being raised in a remote
area, she managed to become a working actor at age 13. At 18, she moved to New York City to study musical theatre. Sera-Lys earned an MA in Acting from East 15 Acting School, the University of Essex, UK.

Sera-Lys will next be seen starring on the series “Burden of Truth” premiering May 21, 2020. Her character ‘Kodie Chartrand’ is brought in as a new recurring role introduced this season. ‘Kodie’ is the childhood best friend of the lead character, ‘Joanna Chang,’ played by KirstinKreuk.
Sera-Lys has experienced success on both sides of the border, gaining Canadian household recognition with series recurring roles on “Arctic Air” and “Hard Rock Medical.” She recently had an unforgettable guest appearance on the hit Starz series “Outlander,” as Mohawk healer ‘Johiehon’ on episode 412 “Providence.” She also appeared alongside Cobie Smulders on episode 203 of Netflix’s “Friends From College.” She is the female lead in “Robbery,” an independent feature film, and a key supporting role in the novel-to-film adaptation of “Monkey Beach.”

Coming up next as an emerging producer, Sera-Lys has multiple feature length projects in development, and several finished short films already under her belt, including: “Pharmalarm” (producer & lead actor), “Magic Madeleines” and “The Wolf of Waubamik Woods” (co-producer and actor). She just wrapped on the set of a short film where she was both lead actor and producer, based on a feature script written and directed by Cree filmmaker Thirza Cuthand.

Outside of acting and producing, Sera-Lys spends her time teaching online ESL to children overseas, developing a palate for New York cuisine and smoky Mezcal, hanging out in Central Park with her canine sidekick, and attending tons of theatre productions, before COVID anyway.

Stefany was born and raised in North Vancouver BC. Canada. She is the daughter of the late Squamish Nation hereditary Chief Joe Mathias and Janice Antoine, who is the principal of the Coldwater School in Merritt, BC, Stefany now carries the hereditary title passed to her by her father.

Graduated from the University of British Columbia (UBC) theatre program and continued in Theater she also attended the Vancouver Film School for film production and directing after graduating from UBC. Stefany began auditioning for TV and Film after graduation and was noticed by Chris Haddock who cast her in his acclaimed TV series “DaVinci’s Inquest,” where she played a recurring role. She then went on to appear in “Da Vinci City Hall”, “The Collector” .and several independent feature-length and short films. Between acting gigs, Stefany’s first feature-length script was accepted to the Sundance Writer’s Lab at Robert Redford’s Sundance Institute, it was one of 15 selected out of 3000+ scripts.

Stefany moved to Los Angeles in 2011 where she continued to pursue her acting career and also discovered a passion for directing and producing. Stefany co-produced, co-wrote, and co-directed a short film, “Only On Mondays”; produced, wrote and directed another short film called “Here We Are”, and went on to direct “Gloriana” which is the most recent short she directed. “Gloriana” was accepted into the Coronado Island Film Festival in November. As an actor she has appeared in Longmire, Blood & Oil and can soon be seen in the feature film called “Monkey Beach”, directed by a First Nations director, Loretta Todd.

Currently, Stefany continues to audition, is developing and writing a feature film and has just been brought on to direct her first feature, called “White Blood” written, by First Nations writer Andrew Genaille. 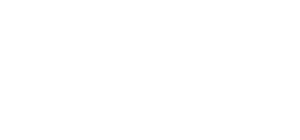 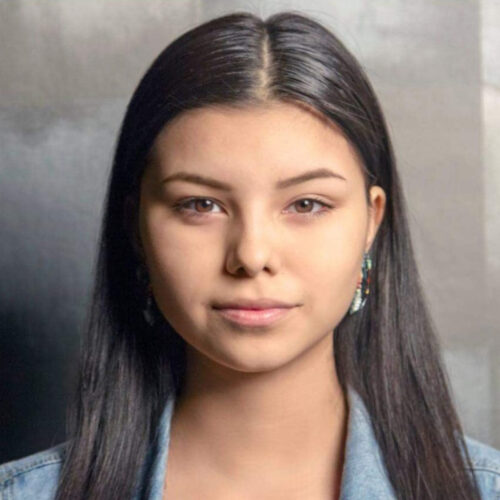 Miika Whiskeyjack is Plains Cree from Saddle Lake First Nation. She began performing at the age of 7 in dance and film. Miika is a trained dancer in contemporary, jazz, tap, ballet and her cultural dance, fancy shawl. Miika landed her very first audition for the role of Wendy Bull in the television series Blackstone for 5 seasons. Miika’s first feature length film was in Jeff Barnaby’s Rhymes for Young Ghouls. She has also appeared in the LaLaloopsy animation as Fariy Z, the production of Ancestors and Elders as a dancer and countless commercials. Miika is so thrilled to be a part of the film Monkey Beach as Teen Lisa. The novel to film adaptation by Indigenous author, Eden Robinson. She also had one of her latest films released in 2019 titled, Red Snow, which proved to be one of the most challenging roles to date for Miika, as she had to learn the Inuvialuktun language for her character, Asana and dive into themes that affect Indigenous youth and communities today. Film and television has revealed inspiration for Miika to use her voice and explore who she is not only as an artist but has helped her grow into the young woman she is today. Miika feels humbled and in gratitude she is able to express herself though many mediums of the arts and feels it is a way to ignite social change through the messages her expression conveys. She hopes to inspire other Indigenous youth to remain rooted in who they are as those very roots will gift them the empowerment to become who they were meant to be. There is strength and beauty in who we are as Indigenous story tellers.  With love, Miika. 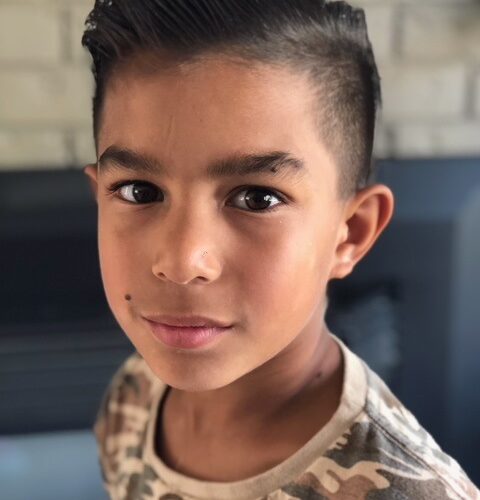 Tim-kyo o’hl Hayats’kw (Nick Dangeli) is of the Nisgaa, Tsimshian, Tlingit, Haida, Gitxsan, Tsetsaut, and Colville Nations. Growing up in his hometown of Omak, WA. He is an Actor, Director, Screen-writer and Traditional Dancer, Singer in, The Git-Hayetsk Dance group. Nick has been thriving as an Indigenous artist in Vancouver, B.C. Focusing on both film and theatre. Nick helped create the very first Smalgyax language film in the Tsimshian language, Aks Gyigyiinwaxt (Water Prayer) in 2016.In 2019 a graduate from Capilano University from the Indigenous Digital film program receiving his diploma. He has not only acted in many short films, but has created many short films over the past few years with his own film company, Dangeli Productions. Nick can also be seen in the upcoming movie Monkey Beach 2020. Nick continues to focus on his creativity and culture, it helps make him the man he is today.